The Microsoft Surface Pro 8 could be solar powered

A new patent suggests that Microsoft could be planning some revolutionary changes for the Surface Pro 8, with a new Type Cover that could come with a built-in solar panel.

As Windows Latest points out, the patent was filed in back in 2018 and has just been made public, which suggests Microsoft has been potentially thinking about – and working on – this tech for some time, and it could make its way into a future Surface Pro device, such as the inevitable Surface Pro 8.

What’s remarkable about this is that the back of the new cover features four solar panels, which can be used to charge the device from a light source. 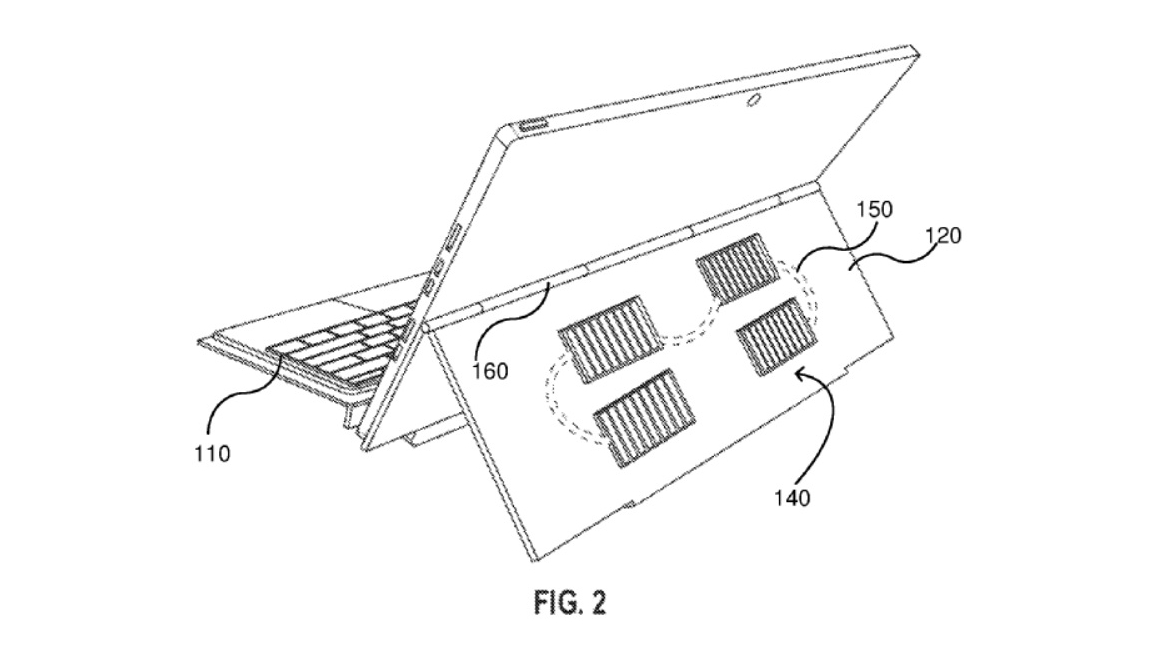 Charges even on cloudy days

Interestingly, it seems like the solar panels can work with artificial lights (as long as they are placed near the panels), so you could use it indoors or on cloudy days.

The cover could also be used to charge the device while it’s in use.

Placing the solar panels on the stand means they can be angled to catch as much light as possible, while also allowing you to work on the device.

If this makes its way into a future device, such as the Surface Pro 8, it could mean you’ll rarely have to worry about charging the device when out and about.

That could be a real game changer, and it will be interesting to see if Microsoft can successfully incorporate solar panels into a device without compromising its weight or aesthetics.

As is often the case with patents, this tech may never see the light of day (excuse the pun), but we’d love to see alongside the Surface Pro 8. If it does indeed come as a separate cover, it means it’ll be an optional extra, and it could be the spark of innovation we’ve been after following a string of Surface Pro releases that have played it a bit too safe for our liking.

These are the best Windows tablets in 2020
Read Entire Article