The best Sony phones of 2020: find the right Sony Xperia smartphone for you

If you want the very best Sony phone possible, then, well, you might not want to buy one right now, as a new flagship – possibly dubbed the Sony Xperia 2, Sony Xperia 1.1 or even Sony Xperia 5 Plus – is likely to land soon, probably at MWC 2020 in late February.

But if you just can’t wait for that, or aren’t up for spending the large amount of money it’s sure to cost, then there are plenty of other options.

From the flagship Sony Xperia 1, to the relatively compact Sony Xperia 5, the mid-range Sony Xperia 10 and beyond, there’s lots of choice, especially once you factor in older handsets like the Sony Xperia XZ2.

But that – coupled with the increasingly confusing names Sony opts for – can make picking out the right handset a bit of a chore.

That’s why we’ve made this list of the best Sony phones you can buy right now. It includes an overview of the pros, cons, specs and key features of all the best Sony phones, so you can get a clearer idea of how they differ and which one is right for you.

And if nothing catches your eye right now, make sure to keep checking back, as we regularly update this article with all the latest Sony smartphones. So once the Sony Xperia 2 does launch you can head back to see how it ranks. 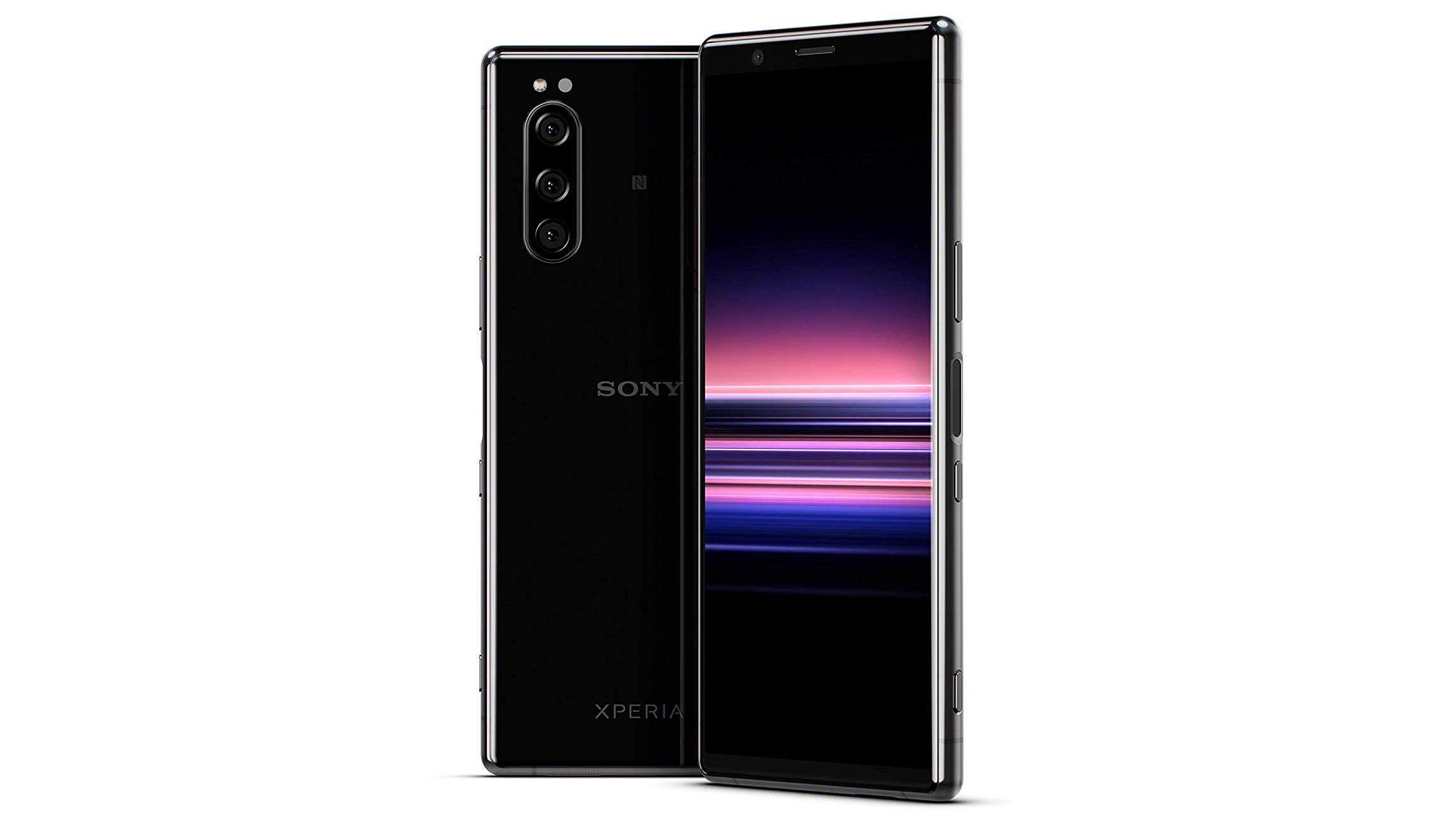 The Xperia 1 might be Sony’s true flagship, but the Sony Xperia 5 is newer and arguably slightly better.

Sure, its screen is smaller and not quite as sharp, but it’s actually a more manageable size for many people, and still fairly large at 6.1 inches. The loss of pixels meanwhile is unlikely to be noticed unless you have the phone pressed against your eyeballs, as at 1080 x 2520 you still get 449 pixels per inch.

And in most other ways the Sony Xperia 5 matches the Xperia 1 – it has the same 21:9 aspect ratio that makes it great for movies, the same high-end Snapdragon 855 chipset paired with 6GB of RAM, the same amount of storage, and the same triple-lens rear camera.

Plus, the battery lasts slightly longer and the price is slightly lower. So if you want a high-end Sony handset and don’t fancy waiting for the Sony Xperia 2 (or Xperia 3 as it might be called), then the Sony Xperia 5 is the best choice for most buyers. 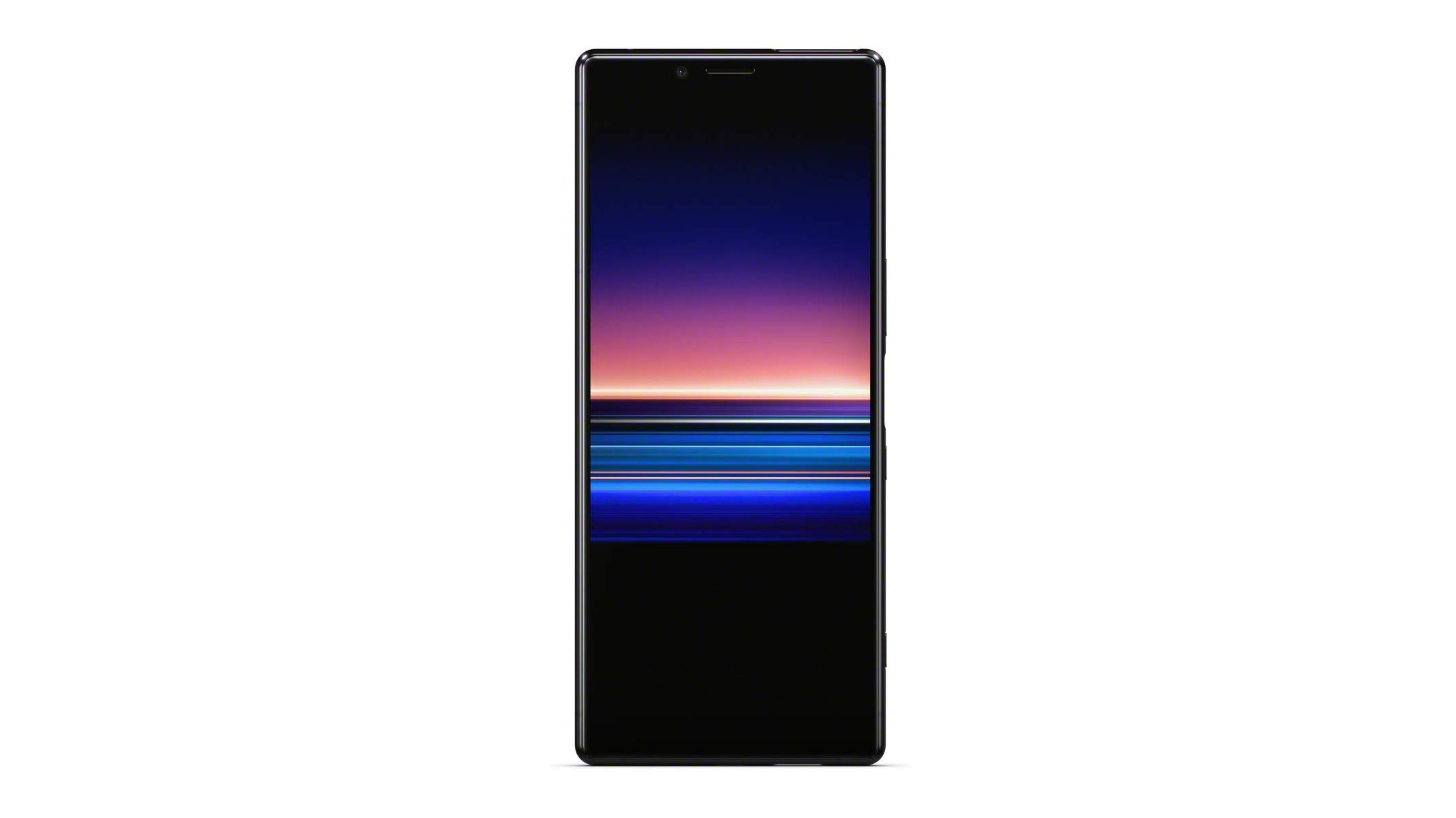 It didn't look like 2019 was going to be Sony's year after the poorly-received Xperia 10 and 10 Plus, but the company knocked it out the park with the Xperia 1. It's a true premium smartphone, that utilizes the best parts of previous phones and charges it up with improved specs in loads of areas.

The Xperia 1 has a 21:9 screen, and now there's content to match. It's also got a dedicated film-making app for budding directors, that recreates the experience of using a Sony Alpha camera.

On top of that you've got three powerful cameras, a cutting-edge Snapdragon 855 chipset, and 4K screen. Although it is definitely on the expensive side, it's close to being the best Sony smartphone you can get right now. 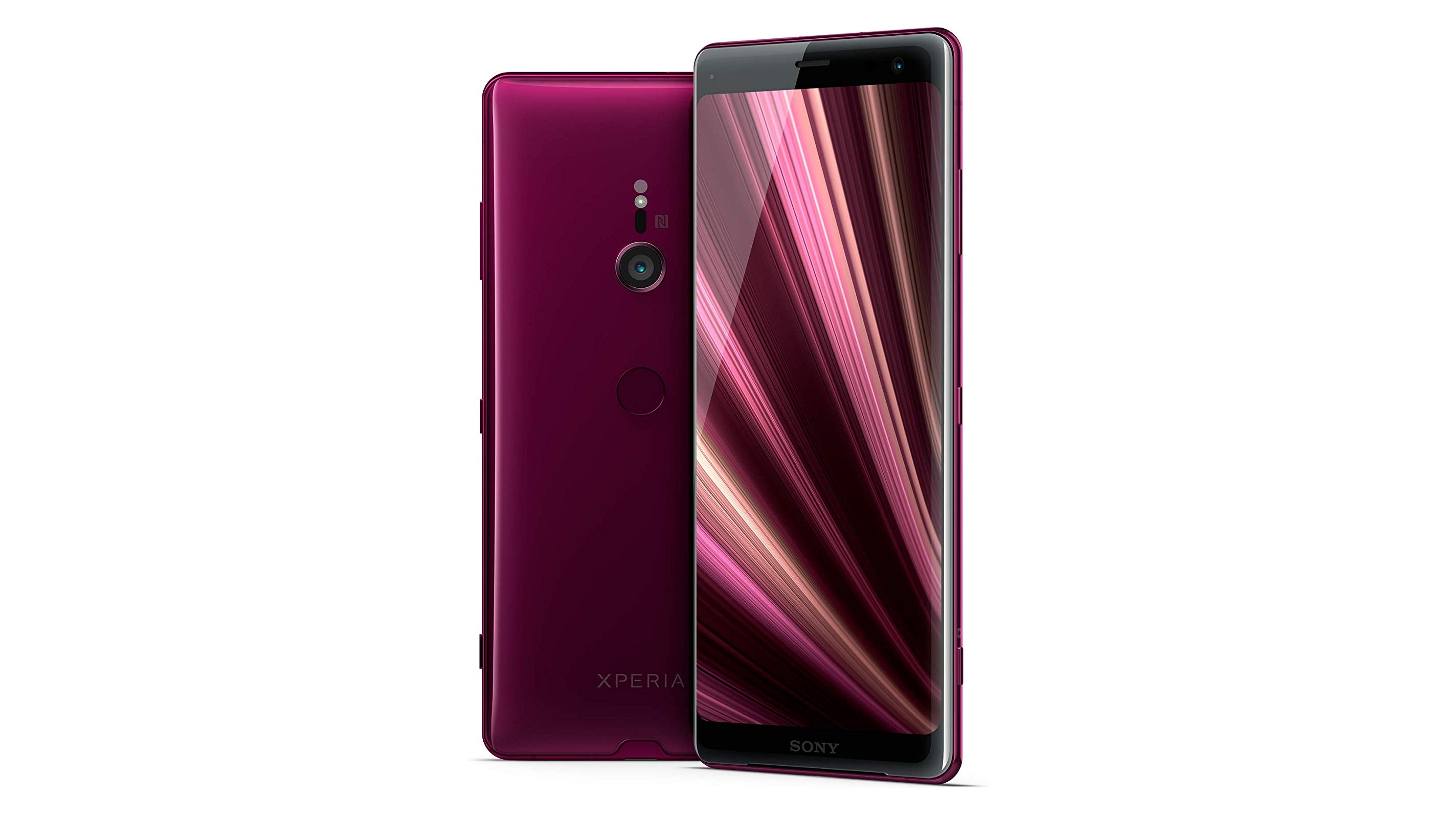 The Sony Xperia XZ3 is getting on a bit but it's still a great Sony phone, offering up a great mix of features that are particularly handy if you're addicted to movies, TV shows and gaming on your phone.

The main feature on the XZ3 is its 6-inch HDR OLED display, with a QHD+ resolution, ensuring video looks great. If you have a Netflix or Amazon Prime subscription, the HDR content offered by these services really shines.

There's enough power under the hood, and the camera on the back is a solid snapper, although it won't blow you away. On top of that it's no-where near as pricey as the Xperia 1, so if you're a Sony fan who doesn't want to blow the bank, this is a more viable option. 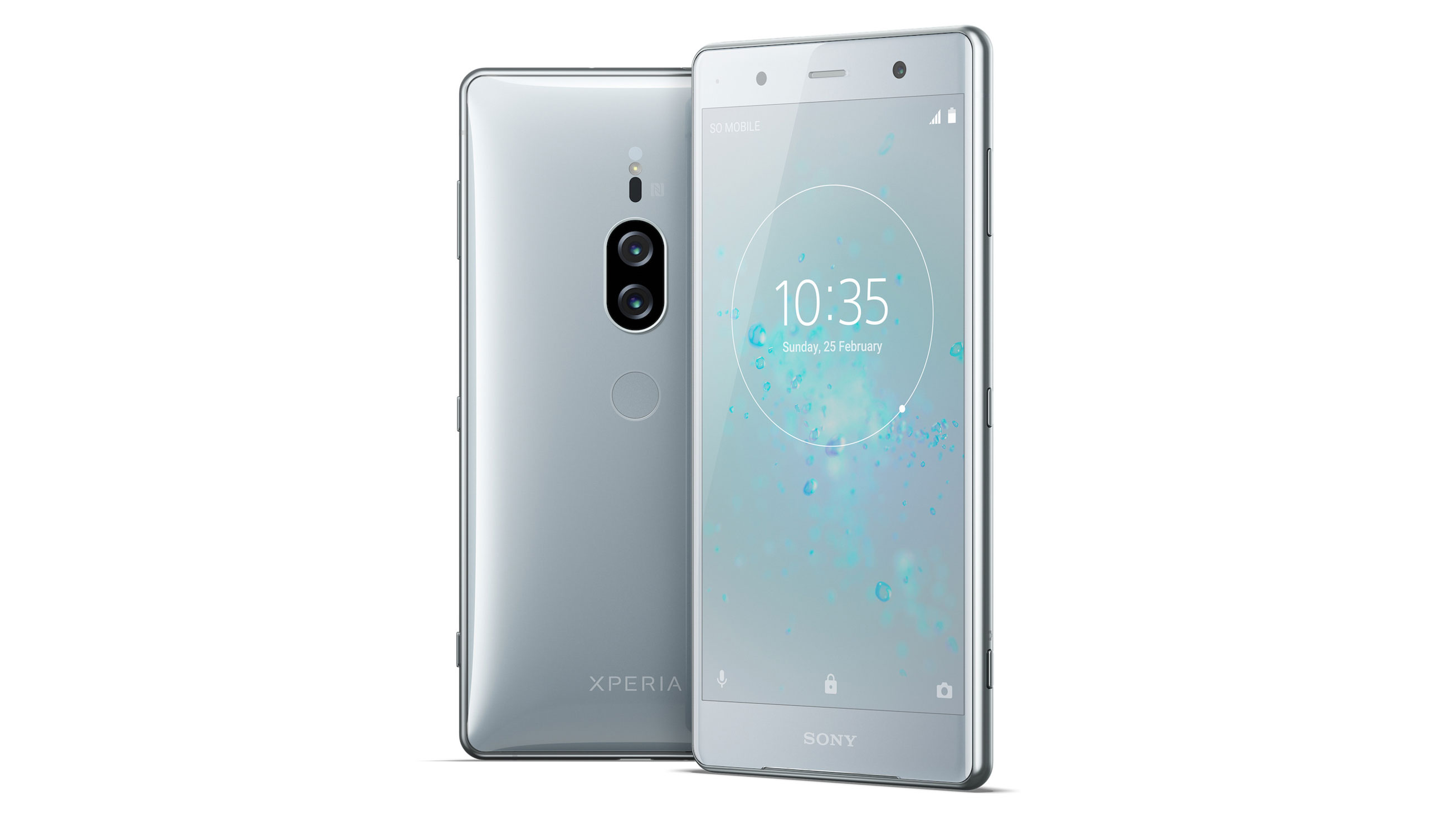 There's just one spec you really need to know about the Sony Xperia XZ2 Premium: it has a 4K display.

This isn't the first Sony phone to pack a 4K screen (it's actually the third), but it's the newest generation and the one that you can actually easily buy. If you have a bank of 4K video, or have the right subscription on streaming services, no other smartphone can offer you the clarity and detail on screen.

However if 4K content isn't your priority there are probably better Sony phones to suit your needs, so keep on reading! 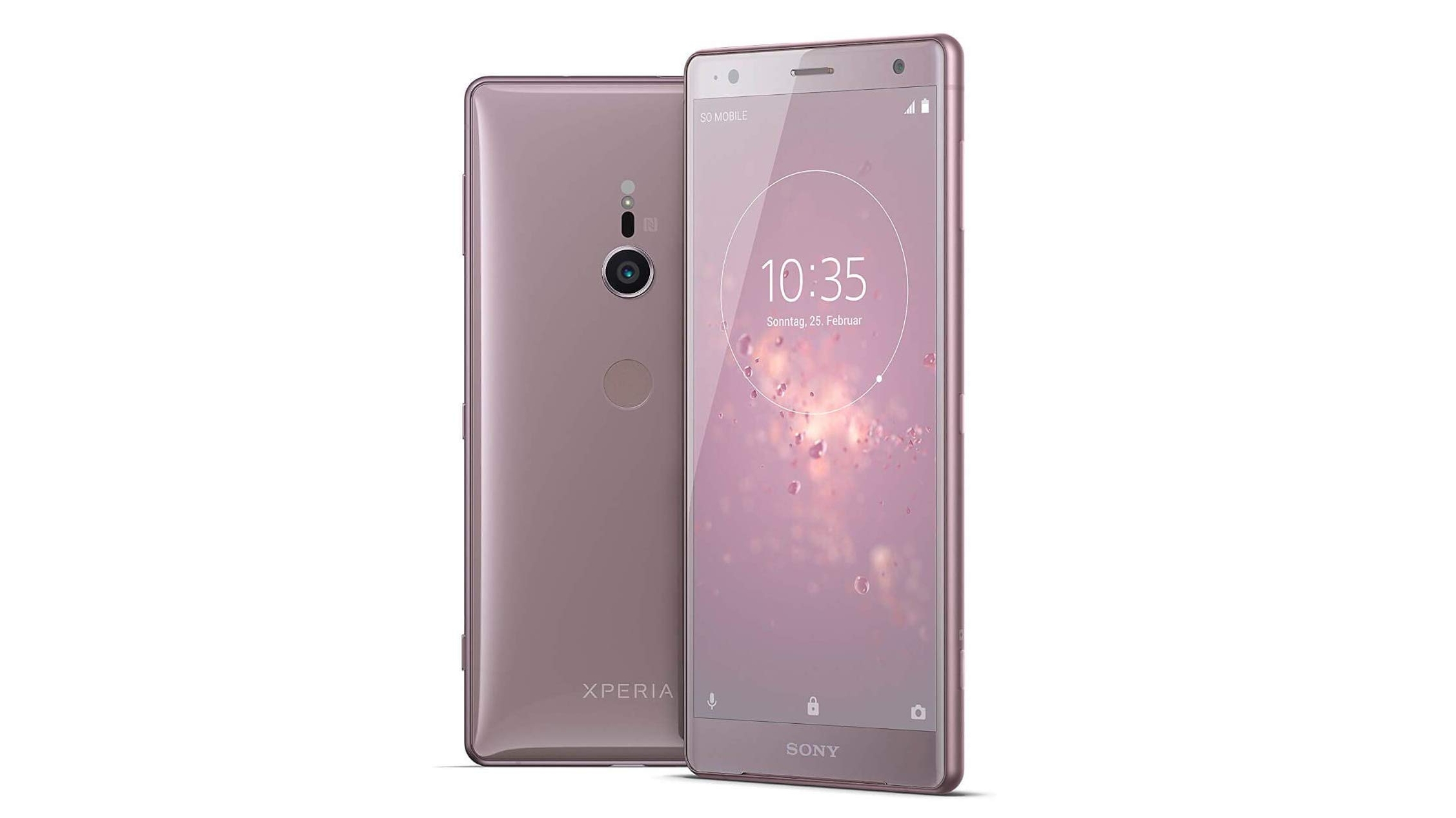 The Xperia XZ2 is technically two flagship generations old (having been superseded by the Xperia XZ3 and then more recently by the Xperia 1), but it's only 18 months old itself and still has plenty to offer.

What's more, it's now more affordable than ever with several price drops since launch. The design isn't going to wow you, but at this price it's a reasonable compromise. 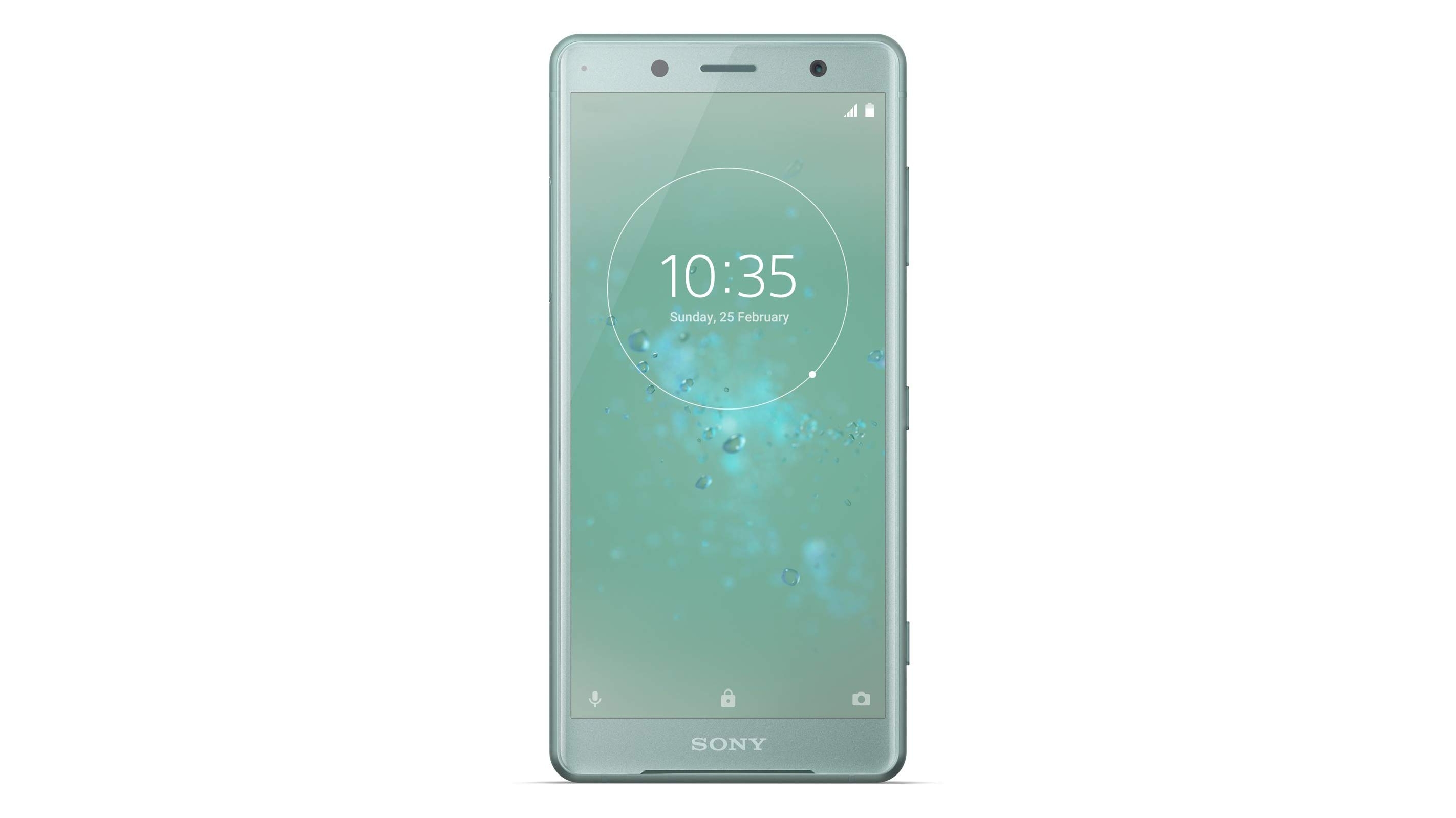 Smartphones are getting bigger and bigger each year, and Sony phones are no exception - well, apart from the Xperia XZ2 Compact.

This dinkier device comes with a 5-inch display, which is small by today's standard, and it means the XZ2 Compact nestles nicely in the palm.

Don't be put off by its diminutive proportions though, as this handset packs the same power and camera as the larger, former-flagship Xperia XZ2 - ensuring it can still cope with most apps and games you throw at it. 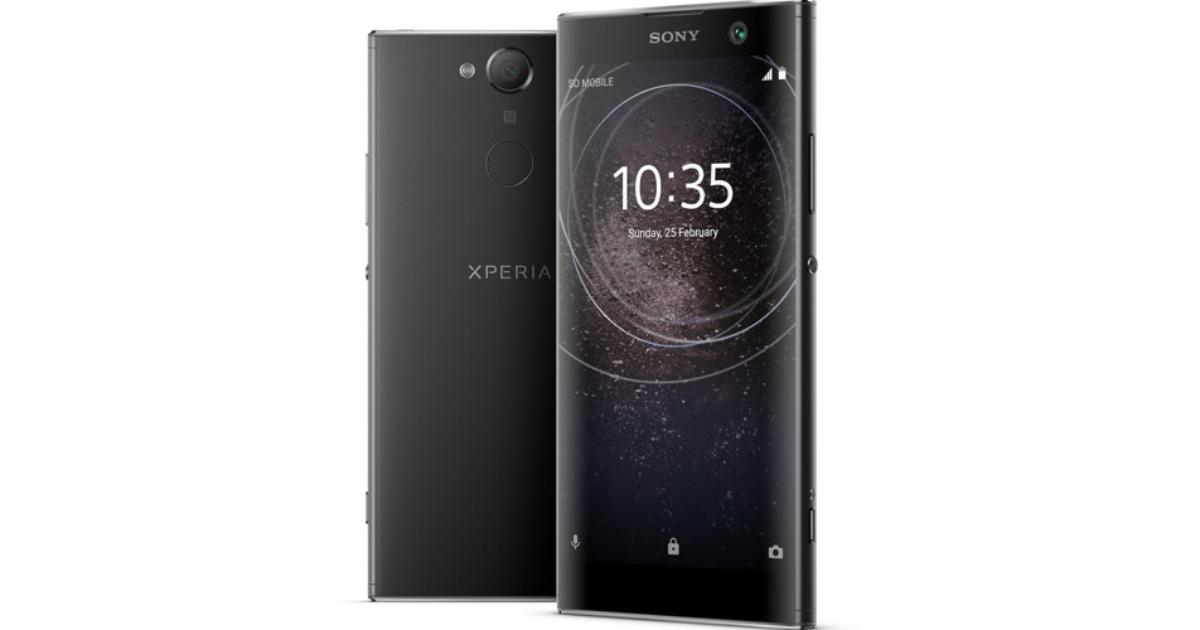 If money is a little tighter, but a big screen smartphone is a must, this could be the Sony phone for you.

The Sony Xperia XA2 Ultra boasts an affordable price tag and a large 6-inch display, giving your games, videos and apps plenty of space. What's more, the XA2 Ultra offers great battery life. You can easily get a day and a half from a single charge.

The camera feels like it should be better, the design isn't the most attractive or modern, and the Android overlay won’t be to everyone’s taste, but these are compromises you should be able to live with. 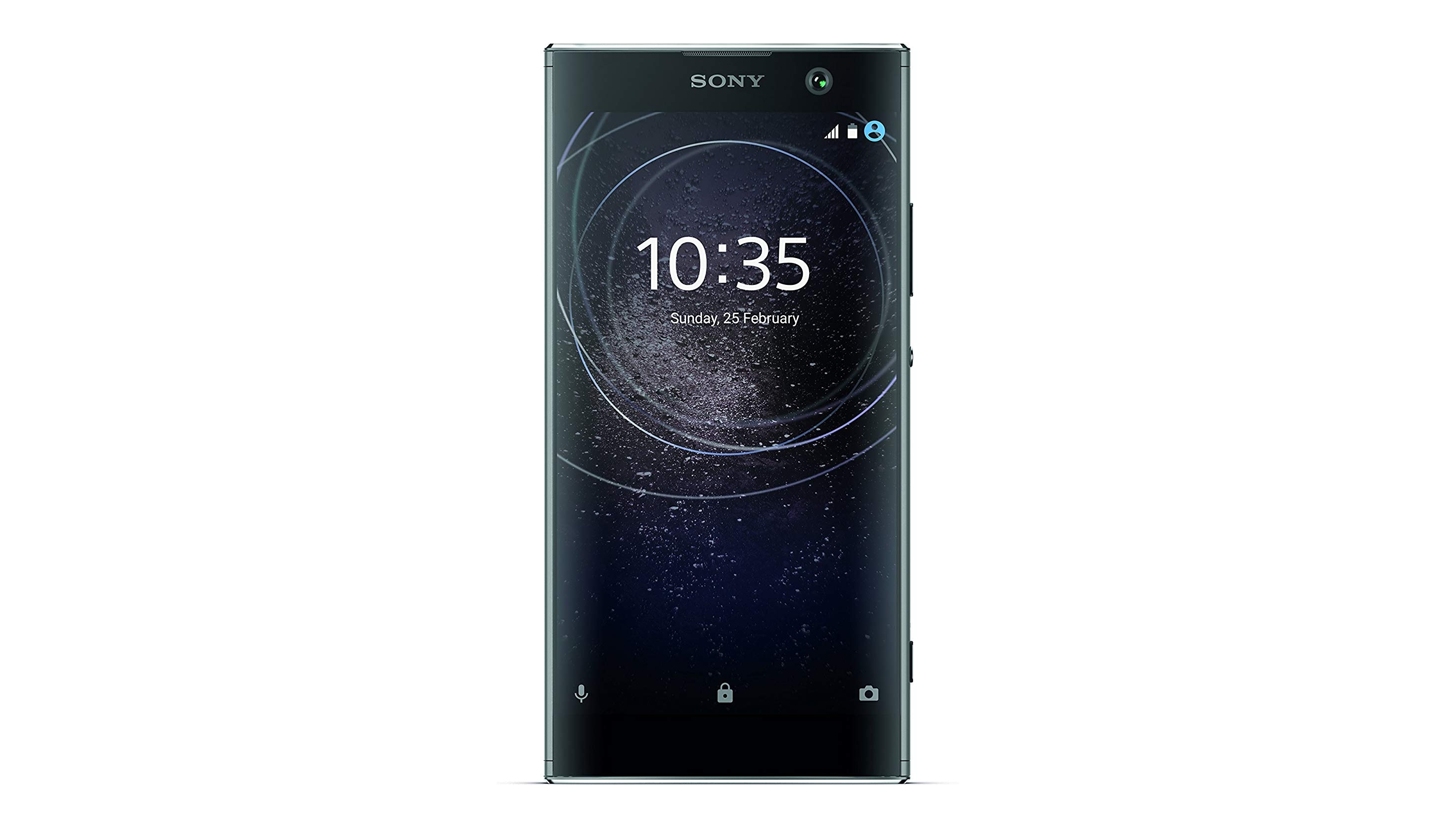 This is the cheapest Sony phone in our round-up, and the Xperia XA2 represents great value for money if you opt to get it on contract.

It's a no-frills phone, but its performance is rock-solid and despite being thicker than most it's easy to handle and scores fairly high on the plain likability factor.

If a Sony phone is a must but your finances don't allow for much wiggle room, this is the handset for you. 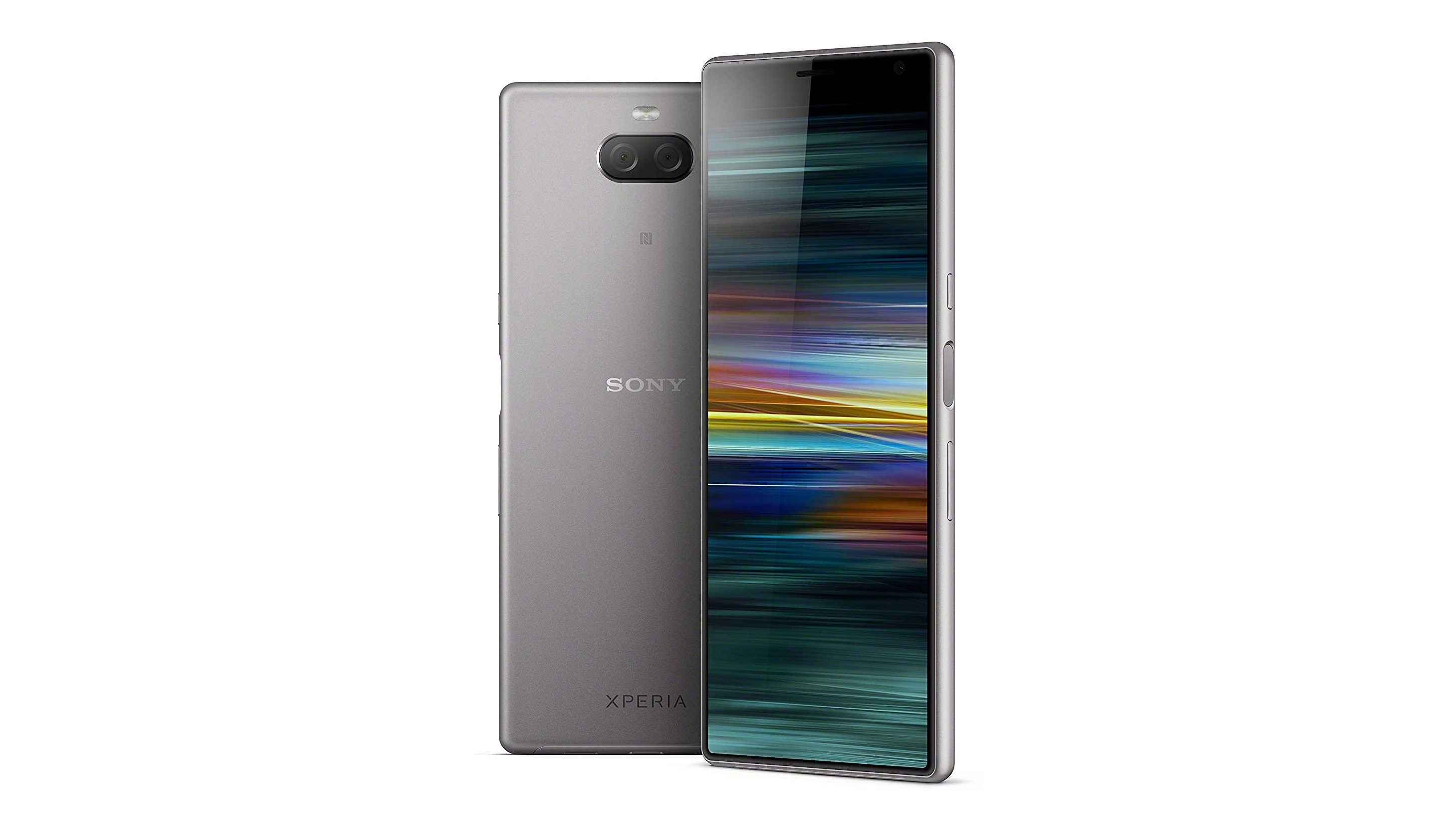 Want something a little different? Something to spark conversations with friends, family and maybe even strangers? Say hello to the very, very tall Sony Xperia 10 Plus.

This Sony phone boasts a skyscraper of a screen with the 6.5-inch display packing a 21:9 aspect ratio, making it perfect for movie playback.

It's not always easy to find movies at 21:9 on the popular streaming services, but when you do find one the experience is great. It's rather unwieldy in the hand though, and the battery could be better. 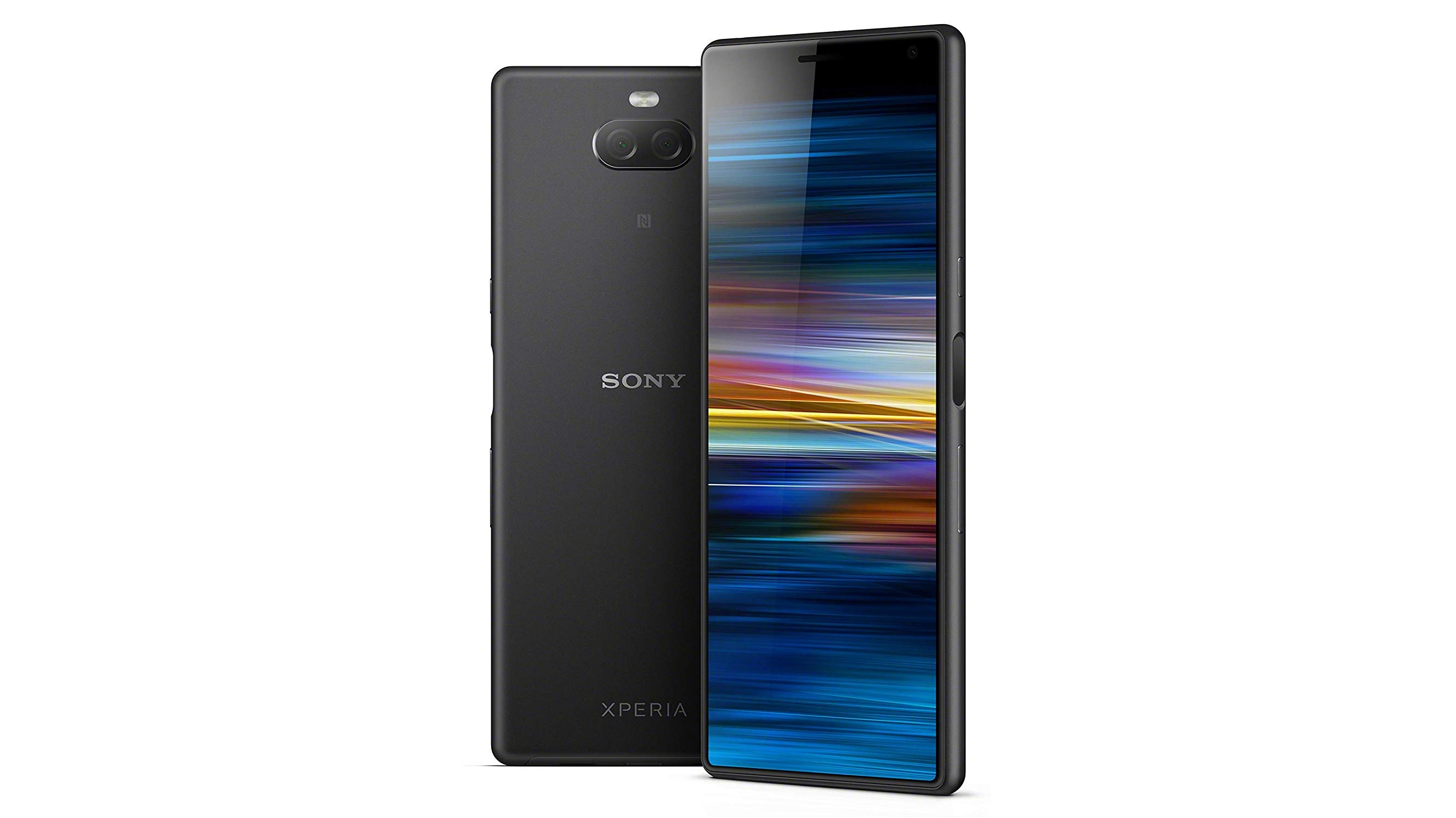 Like its plus-sized sibling, the Sony Xperia 10 also boasts a 21:9 aspect ratio screen, but this time it's in a slightly more manageable (but still tall) 6-inch form factor.

Its performance, battery and camera are slightly weaker versus the 10 Plus, but overall it's still a solid, mid-range smartphone with the latest software and a range of features.